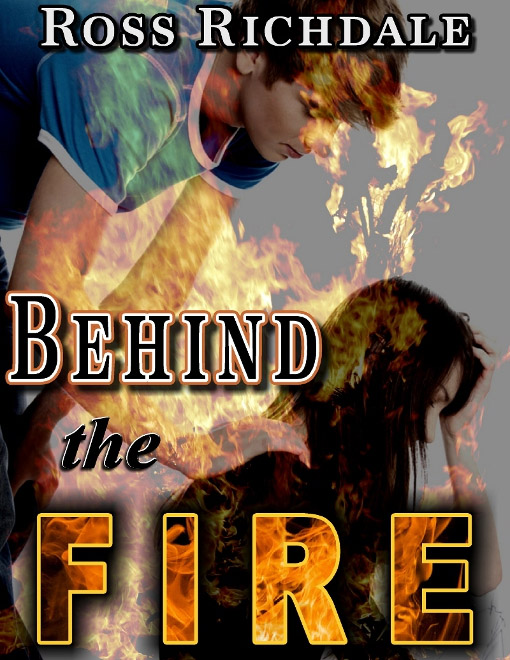 Abbey Latham. Abbey is in the last year of high school at a North Sydney high school who, in her eyes, is having a miserable life. She is being bullied by a gang of girls at school and though she tries to stick up for herself is constantly taunted and when defending herself in a fight is blamed for the incident. At home she doesn’t get on with Megan, her father’s partner and her only friend is Jason, Megan’s toddler son.

Cooper Hayes is a quiet boy at school who likes Abbey but is too shy to approach her. His home life is miserable too with a timid mother and violent father. He finally turns on his father one night and fights back, thrashing him. The older man falls hits his head and is rushed to hospital. A terrified Cooper believes he has killed his father.

Synopsis
On the way to school in his old pickup Cooper sees Abbey being attacked by a gang  of girls. He comes to her rescue and Abbey befriends the boy she hardly knew from her school class. The pair turn to each for companionship and this grows to love as the plot unfolds.

Thinking that he killed his father, a terrified Copper decides to run away. Abbey decides to go with him and agrees to meet him at Richmond at the end of the Western Sydney CityRail line. Cooper meets her and shows her van  he has traded his pickup in for.

When Megan finds Abbey missing she contacts Vic and together they set out to find her. They learn about Cooper and find he was has also gone missing so assume (correctly) that the pair are together. However, their initial attempts to find them fail because they are looking for Cooper’s old pickup and don’t know he has a new vehicle.

Cooper is scared that the police are after him so the pair decide to head north to Queensland on Putty Road, a remote inland route. On the way they are followed by an ancient Falcon  and in their attempt to get away, turn off the road.

A race between the two vehicles follows and becomes almost a disaster when the road fizzles out and Abbey and Cooper try to continue on foot. Chased by the roughs in the Falcon they circle back and manage to steal the car that had blocked their van and escape.

They are stopped by an Aboriginal man ( Darel Hadfield) who heard  that they were missing from the radio and offers to help. However, the fire is now well ablaze and they are trapped.

Abbey is overcome by smoke inhalation and collapses, Cooper is desperate and even Darel’s outback skills seem hopeless as he carries Abbey in an almost vain attempt to escape the flames.

Meanwhile, Vic and Megan learn that an aerial police searches find the burnt out hulks of two vehicles in the rapidly expanding bush fire. To their horror, it appears that Abbey and Cooper were caught in the fire. They are asked to identify a female body but to their relief  find it is not Abbey.

Back in Sydney a pathologist reports on the death of David Hayes, Cooper’s father.  In his opinion the blow he received in the fight with Cooper did not cause his death. It was caused by his general poor health due too his alcoholic lifestyle.

In the bush fire, Darel leads the pair through a cave of his ancestors to escape the flames. They arrive in a remote Aboriginal walaay, a secret village surrounded by cliffs at the base of a extinct volcano.

The village called Bullingalk meaning a lonely place of trees, is a retreat and orphanage where after initial suspicion, Abbey and Cooper are accepted. They find the tribe has many problems including a teenager named Kirra who was rescued from a brothel in Sydney and brought back to Bullingalk.

The bush fire arrives and encircles the village. It has to be evacuated. Abbey, Cooper and Kirra help carry babies and children back into the caves as the raging fire comes closer. All escape routes appear to be cut off.

The fire is eventually contained by aerial water drops and life returns to normal in the village.  Abbey helps Kirra with the children and Cooper begins to fret about his mother and life back home.

Back in Sydney, Vic is depressed because there are no reports on Abbey but Megan remains confident that she is still alive. In trying to console her partner, she confesses to him that Jason is his son and Abbey’s half-brother. She had not told him earlier as she didn’t want to force him to stay with her. Vic tells her he is thrilled by the news and loves her.

Cooper loves Abbey but she is scared to go too far and he takes her rejection the wrong way. In his frustration and loneliness he follows the advice of one of the elders who tells him that Kirra has the hots for him. Kirra is keen but at the last moment Cooper’s conscience stops him going to bed with her and he retreats in humiliation.

Nioka, a little eight year old reluctantly tells Abbey he was passing Kirra’s hut the night before and saw her inside half dressed and that Cooper was also there. She confronts Cooper tells him she knows about him and Kirra and she wants nothing more to do with him. Later she asks Darel to take her out of the village as she wants to go home.

A distressed Cooper is visited in the middle of the night by Kirra but she is not there for sex. She tells him that Noka told Abbey he saw him in her hut and she believes they slept together. However, they find that Abbey and Darel have already left. Kira tells him she knows of a shortcut through the caves and takes  out that way.

In Sydney the following morning Megan is rung by a stranger who says her name is Orana, Abbey is alive will want a ride home from Putty Road, She gives directions about where to go and hangs up. Megan grabs Jason and heads west even though she thinks the call may be a hoax.

Darel has taken Abbey out through a sacred cave and tells her the drawings in it tell a story. He uses the story to bring the topic back to her relationship with Cooper and tells her that Kirra was keen but Cooper did not go to bed with her. Abbey is not entirely convinced that this is true but agrees to rethink the situation.

When they are through the caves and out in the burnt out bushland Darel tells her he will go no further. She can walk out to Putty Road and to a picnic area four kilometres along it. Left alone, lonely and in tears Abbey feels abandoned.

Find out what happens to Abbey, Cooper, Kira and their families in this exciting novel.

Available at Writer’s Exchange and Smashwords