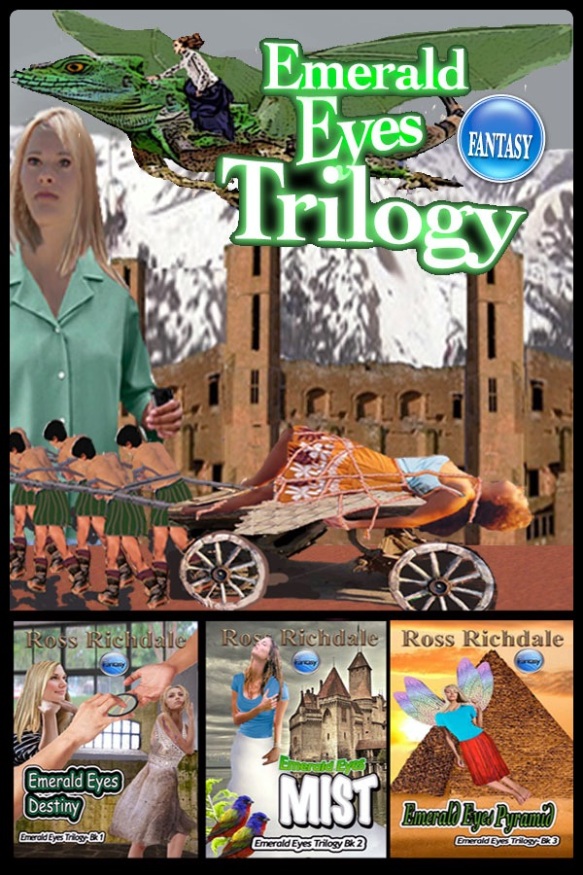 Cindy Meikin, has a strange experience that puts her in contact with Sylvia, a girl her own age from another world. After taking Sylvia home she discovers that her mother, Natasha and herself came from this world and not from Eastern Europe as she had always been told.

In non-magical Earth it is Christmas and Cindy and Sylvia are skating on a lake in Washington State . A strange mist swirls in and a little bird arrives with a message on his leg asking for help. They travel through a magical void to another world and find Muftin, the bird, can speak. Gikre a dwarf, is with Tulco, a girl with emerald eyes like their own. She is caught in a bear trap set by human invaders trying to catch them.