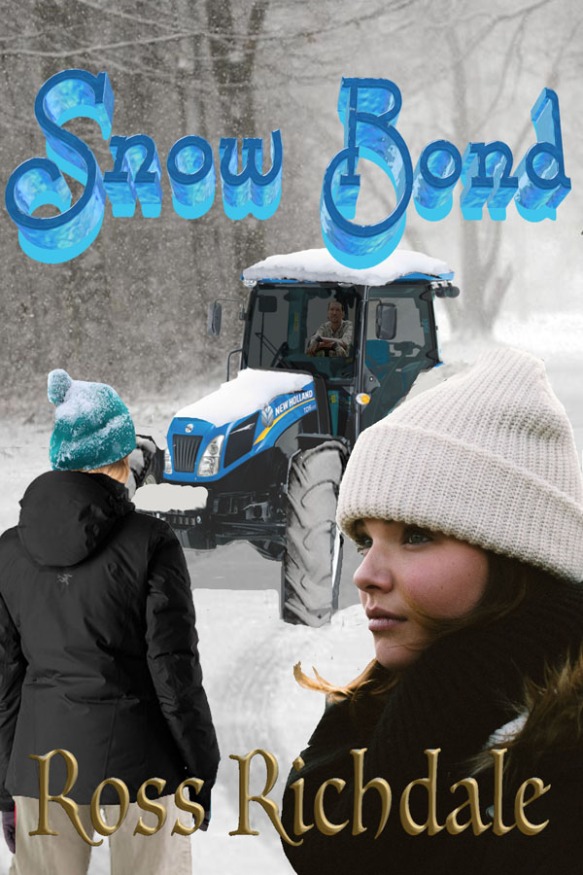 When the remote settlement of East Ridge in the South Island of New Zealand is isolated during a snowstorm, Renee and Tyler take in three travellers. Without electricity or mobile phone contact and with all the roads around closed, the five are completely cut off from the world. There, they begin to bond and help one another with problems in their lives.

Renee is now living with her partner Tyler at East Ridge after a violent marriage to a Larry Brooks and the loss of an unborn child. Tyler, who has a tractor to patrol the local section of highway, rescues Aza and Sofia after their car slides off the road in a heavy snowstorm.  As well, Ian, a lawyer who was actually coming to visit Renee is also found in a separate accident where his motorbike skidded off the road.

Aza is a lecturer and researcher at Auckland University who has had her work on genetic profiling, plagiarised from her PhD thesis by Professor Joseph Hardy who becomes an enemy when she can prove his crime.

Ian is a lawyer who works for the Crown Prosecutors Office in Auckland. He tells Renee that her ex-husband is being investigated for murder of his child and attempted murder of a partner after a car crash. However, there is not enough concrete evidence to prove that it was not an accident and circumstantial evidence is needed to show Larry Brooks violent past. Several of the man’s previous partners are too scared to testify. Ian came down to the South Island to try to persuade Renee to be a witness at a trial that may eventuate.

During their isolation at East Ridge, the five find they are being stalked and later attacked by an armed criminal, obviously employed by someone to assassinate one of them.

But who is being targeted? Is it Aza who is a threat to the professor at the university, Renee by the violent Brooks or Ian, the lawyer out to build up a case against him?

And how does being isolated from the world by the snowstorm add to the problems? Romance enters the equation in an unexpected way after Sofia is shot and wounded in the assassination attempt. Was she the target of the mysterious assassin or was it a mistaken identity with Renee or Aza being the intended target?

All will be revealed in this romantic thriller set in one of the most beautiful places in the world.

On sale at Amazon and Other Outlets