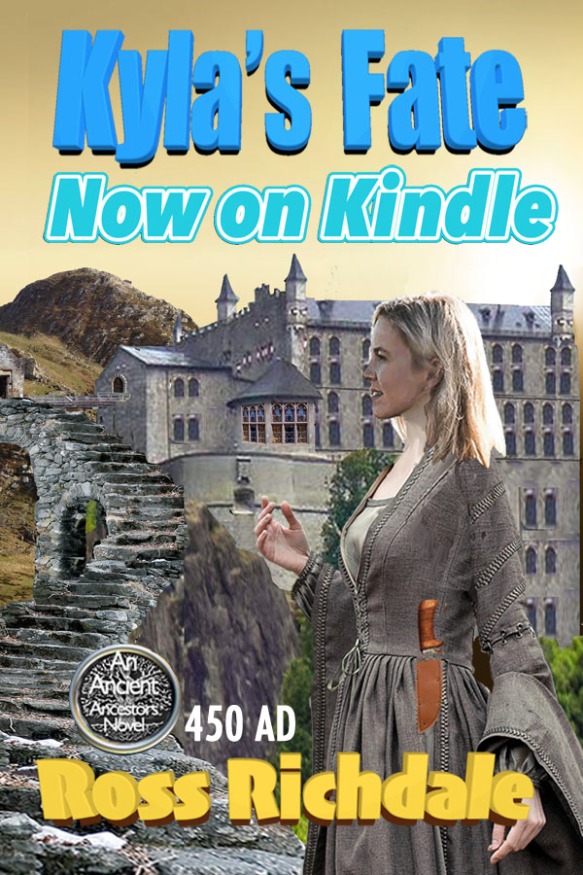 The fourth novel in the Ancient Ancestors Series

In 450 AD there is no United Kingdom, the Romans have left Britannia a generation before and the land is ruled in dozens of waring pagan kingdoms. This leaves the way open for different invaders from across the sea. Saxons arrive and violently overrun Glouvia Kingdom in the southwest where nurse Kyla O’Knife is helping survivors of a recent plague, wounded warriors and civilians in distress.

However, fate is about to deal Kyla a hand. Whether it is good or bad is still to be determined when Kyla is summoned to the dying king’s bed and informed that she is his daughter by one of his mistresses. The entire royal family has been assassinated so after the king’s death she becomes Crown Princess Kyla and ruler of Glouvia.

This is a pyrrhic position for the Saxons now rule the kingdom. They want her dead to discontinue the royal family line and she becomes a refugee. After rescuing enslaved women Kyla, who is helped by independent forest people, heads towards the hill country and sanctuary at a Christian monastery.

Her troubles are not over for Llandover Monastery had been hit by the plague and only one monk has survived. He is Brother Anthony who declares that the sacred building is for males only and women are not permitted.

How does Kyla persuade Brother Anthony to let the women and herself in? What problems are there with a clash of beliefs and personalities? And what of the land left behind?

Kyla is determined to help and sets about to do just that.

This is her story.

Now on Kindle $US2.99 or local equivalent.