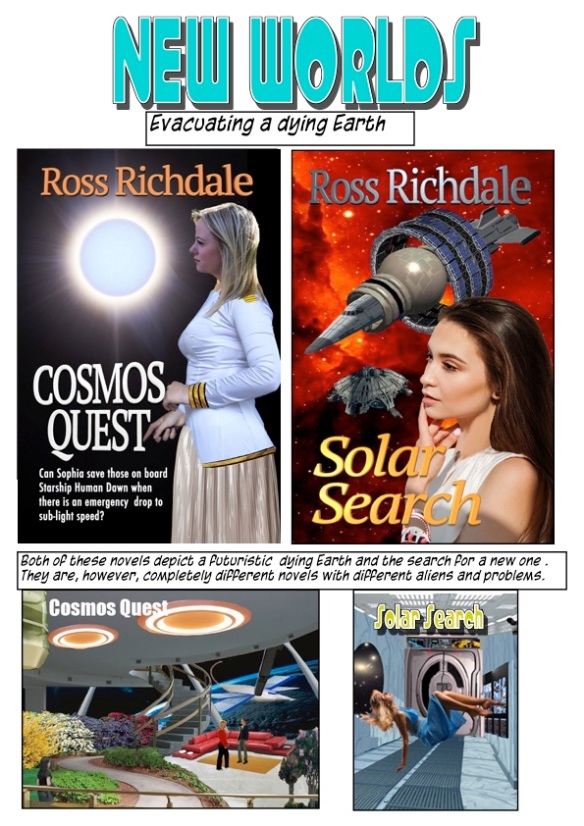 Starship Human Dawn is the second starship to evacuate the last residents from a dying Earth in search of a new world. The first went missing generations earlier. 5000 humans are in suspended animation while the vessel travels through post-light speed infinity drive under control of computers. Commander Sophie Copland awakens in deep space because of a drop to sub-light speed. But who caused it?   More info or buy

In the last days of an interspecies war, Tara Fye is given control of Yolk 3 a secret spaceship and ordered to seek out a new world. However, a computer implant is installed in her mind and Yolk 3 contains hundreds of humans in hibernation. They include young women who have been impregnated without their knowledge in the hope that humanity would survive, even if humans on Earth become extinct. More info or buy