Lawyers, Alina Hanlon and Jarin Boyd meet while participating in a white water rafting trip at an in-service retreat for their profession at the White Water Lodge. They survive being tossed from a raft and over a waterfall in the upper Rangitikei River of the central North Island in New Zealand and manage to reach a bush hut just before a summer storm arrives
.
So begins this romantic thriller about their lives and those in the two Auckland law firms where they work. Silverstone Law where Alina works is an upmarket firm with a devious hidden agenda and corrupt leaders including Titan Silverstone. Jarin, is the owner of a small law firm Boyd and Boyd inherited from his father, dealing with mainly family law clients

As they become closer, Alina tells Jarin about a previous Silverstone Law Christmas party where she along with other female colleagues had been drugged and sexually abused. Her selection to attend this in-service course was made to pacify her but she is still humiliated and angry about the incident. She is, however, bound by a contact to remain with Silverstone Law for two years and fears that to break this contract will ruin her law career.

Available as an ebook for $US2.99 at Smashwords 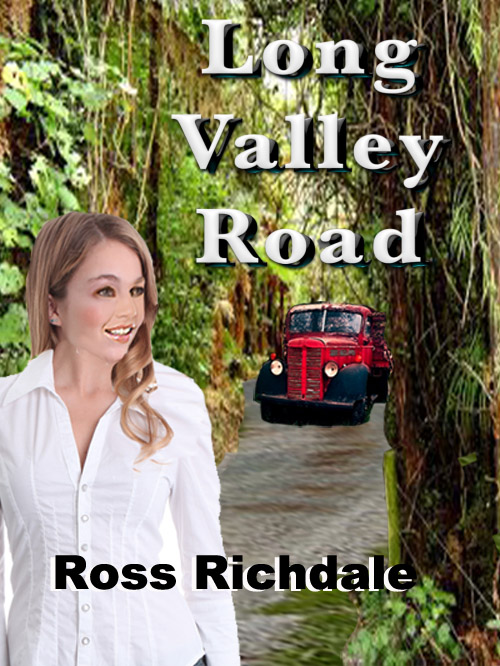 American John Berg purchases a farm on Long Valley Road in rural New Zealand and emigrates with the change affecting all his family. His daughters learn to fit into a new country, Fiona discovers she is not just a mother-in-law and the lonely widower falls in love with Kylena, a local schoolteacher.

Kylena’s estranged husband arrives in the valley and attacks her. Also problems back in New York State affect John’s family. He has to return to defend a lawsuit by his brother who contests his inheritance and right to purchase the farm in New Zealand. The outcome will affect them all.

The inhabitants of Long Valley Road have their lives changed forever by the events happening around them. This fast paced novel combines human emotions of love, empathy, revenge and greed with the sheer force of Mother Nature. Is love strong enough to surmount the problems about to descend upon them all?
$US2.99 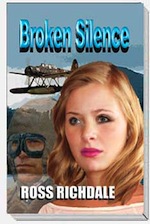 At three in the morning, Kim Biermann is called to Grandpa  Ivan’s deathbed. He tells her  about his life in New Zealand since his arrival as a German pilot who flies in from a German raider in the last days of World War Two. He tells of mysterious containers being unloaded in a sound in Fiordland before his ship was sunk. His secrets, though, are not completely revealed and could  be  in  his  floatplane  somewhere in the Tararua Ranges, north of Wellington  or even buried in  back in Fiordland.

Even after sixty-four years, danger still lurks for Kim as terrorists are also interested in finding Ivan’s secrets and will stop at nothing to obtain them. 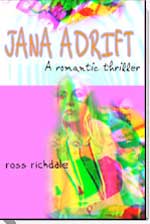 When her husband dies suddenly in Houston, Margaret Schurman gives her granddaughter, Jana, boat tickets her husband and herself had intended to use. These are for a three month voyage around the Pacific on the container ship Konstellation. Jana elects to take her friend, Kelsie McNeil with her. On board they meet the other passengers, artist Rowan Clardy and an elderly couple, Hank and Denise Thorpe.

After an ordinary trip through the Panama Canal the Konstellation is attacked by an unmarked frigate. Terrorists strip the ship of all its communication and electronic equipment. The five passengers manage to hide in an empty container and escape being caught. They later discover they are alone on the ship.

After a frightening time when they disarm bombs placed by the terrorists the five realise they have though no way to control the ship. The engine is still going but all communications  and navigation gear is destroyed. At this point, Jana and Rowan begin a romance that lasts throughout the novel.

Days later, the Konstellation hits a coral reef and begins to sink. The five passengers manage to  land on a coral atoll where their adventures really begin. 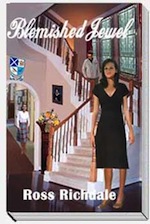 Gail Fernhill, newly appointed of principal of Queen Anne’s Girls’ School in Dunedin, New Zealand is haunted by her past but befriends new property manager Neil Goodall. Neil pierces her reserve to support and help her when he discovers that as a teenager, she killed her abusive father in self-defence.

However, the case is reopened after the discovery of her father’s rifle. Inspector Peter Carrington attempts, by fair means or foul, to build up a murder case against Gail and directs Tania Brogan, an undercover police officer employed by the school as a teacher, to find evidence. However, after an accident involving a bus load of pupils on a ski trip Tania switches her allegiance to help Gail but unwittingly plays into Carrington’s hand.

Intertwining with Gail and Neil’s growing love and the conflicts of school life, the problems deepen when John McKendrick arrives at school and attempts to abduct his daughter Penny. Gail and Neil intervene but Gail is wounded and, with Neil and Penny, abducted.

Is Gail’s successful life as a principal about to be cut short by her past? And what of her abduction? Is Neil’s love enough to help the blemished jewel through these trying times? 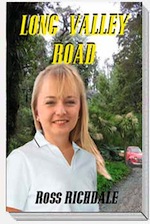 This fast paced novel combines human emotions of love, empathy, revenge and greed with the sheer force of Mother Nature.

The inhabitants of Long Valley Road in New Zealand have their lives changed forever by the events happening around them. Join them and see, through their eyes, how one family grows and blossoms through the good times and bad.

American, Julie tries to cope with a new country, Fiona discovers she is not just a mother-in-law and a young schoolteacher and lonely widower fall in love. But is this love strong enough to surmount the problems about to descend upon them all? 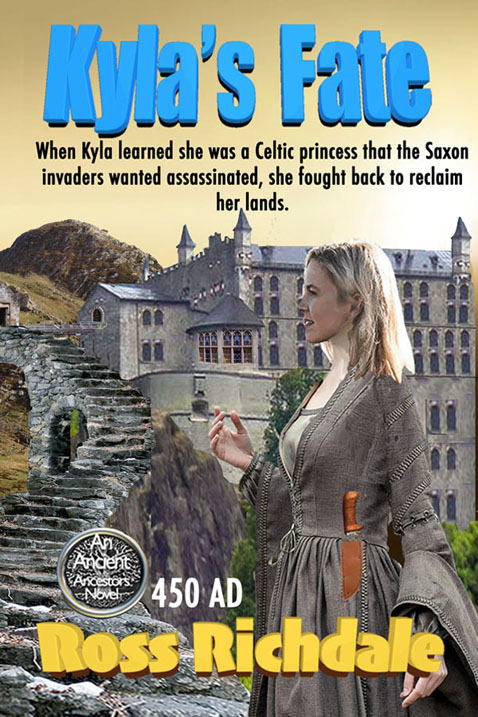 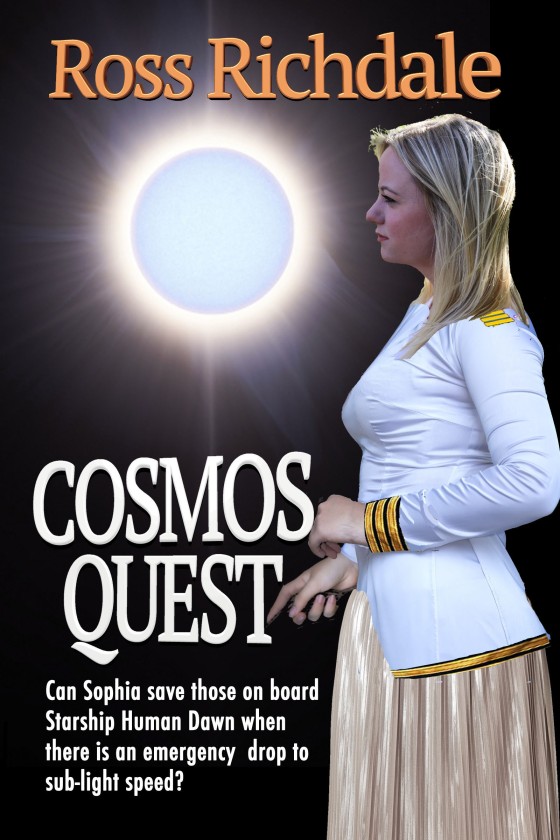 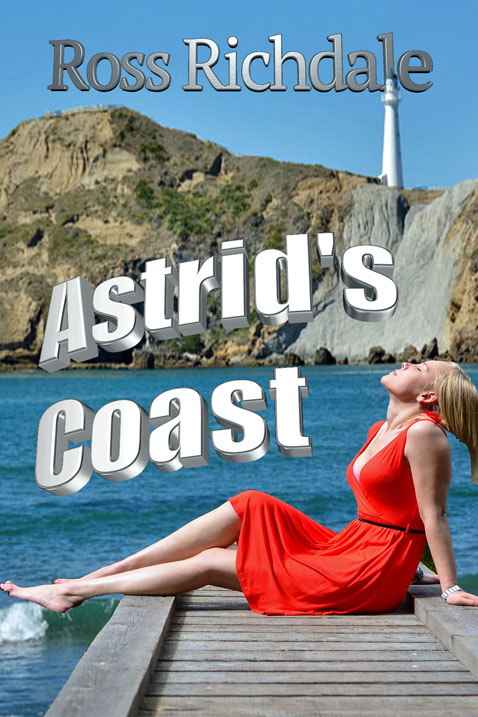 Links to Our Books

Archive of our novels